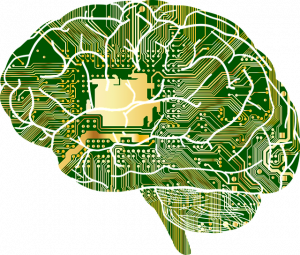 AI has started impacting us in ways that we are not even aware of. The best example could be GMAIL. Millions of people use Gmail without knowing that it is one of the early adopters of Artificial Intelligence. It uses deep learning to label mails as SPAM based on your activity on the mails and how other people react to such mails. This is just one of the many applications of AI in your day-to-day life that passes off without knowing.

Most commonly, Human Resources teams have their tasks broadly cut out mainly in the following areas:

How can Artificial Intelligence take over some of these

Artificial Intelligence can be used to scan resumes of candidates to look for the desired skills and determine if the candidate is an appropriate match for the organization. Using tools like chatbots, the hiring process can reduce the human intervention drastically.

Even the On-Boarding formalities can take the humans out of the equation. Assume a John Smith who is recruited by ACME Corp. Many a times HRs are not able to attend to an individual candidate immediately due to existing overload of tasks on hand or plain neglect. John just keeps sitting till someone eventually attends to him or he decides to approach someone.

Usually, the common checklist for John to be onboarded and inducted is

An AI Engine can take over all of the above tasks to get the candidate inducted immediately. The most important factor is that AI will be able to measure the response time that was required to get these tasks done and improvise on the same. A company chatbot, furthermore, will be available constantly as an APP to assist John.

Click here to read more about application of Chatbots for HR.

Once the candidate has been inducted, the Artificial Intelligence engine can start the requisite trainings for John and subsequent evaluation. AI can, not only, learn more about John regarding his learning capabilities but also his skill applications. Important factors such as these can play an important role in the appraisal of John thus determining the eventual employability of the candidate.

AI can play a huge role in the resolution of conflicts. Not only that, but the AI engine can keep a profile of the user and understand him or her better. Eg. the AI Engine, based on constant complaints about John, can predict that he is eventually going towards workplace harrassment or sexual harrassment. Predicting such behaviours early can make sure that companies keep an eye on such employees as well as orient them better thus saving thousands, if not, millions of dollars in lawsuits.

All in all, Artificial Intelligence Engines will infiltrate our workplaces very soon. Most often than not, we will end up speaking with AI bots to get things done as opposed to humans. This article doesn’t aim to undermine the importance of human beings in key functions such as HR. It aims to point out that eventually, there will be bots and engines that will assist the humans in better decision making.

Jay leads an IT startup, BRIQUE, full of crazy technical geniuses for the past 6 years. Apart from BRIQUE, Jay helps startups grow by rendering his services as a Part Time CTO.